The Radius mural represents three distinct communities that converge in the Downtown Eastside: Aboriginal, Chinese and Japanese. The mural was conceived to reflect themes of origin and place, weaving together material gathered from outreach workshops into the design. The team of artists and mentored youth come from each of these communities.

Four large Salish paddles, symbolizing the four directions, contain images of Salish serpents. The top of the largest paddle is in flames, alluding to the great fire of Vancouver in 1886. This event left many from the early city trapped on the shores of Burrard Inlet. The Coast Salish Squamish tribe arrived and rescued people in their canoes, sheltering them in their nearby church. The movement of the paddles is echoed in vertical bamboo, superimposed with the Hanji character meaning 'Harmony.' Depicted in Chinese is the text: ‘The mountain is bright and the water is clear’, ‘harmonious, melodious’, and ‘cloudy city,’ reflecting how the Chinese refer to Vancouver. A large wave represents connectivity to nature, roots and language.

On the right, is written in Japanese, 'Hometown', as Vancouver was, and still is known. ‘Sakura”, or cherry blossoms, represent strong links with tradition, and a gesture of peace between Japan and Canada post-2nd World War. A Japanese Obi echoes the profile of local mountains and origami make up the overall patterns of the mural, also appearing as paper cranes and waves. Koi are a connection to both Chinese and Japanese cultures.

In partnership with Reconciliation Canada, the City of Vancouver is supporting a Year of Reconciliation by acknowledging the negative cultural impacts and stereotypes that resulted from Canada’s residential school system, to witness the process of reconciliation and healing, and advance with a greater shared understanding of the historical impacts that have shaped the experiences of Aboriginal people to date. 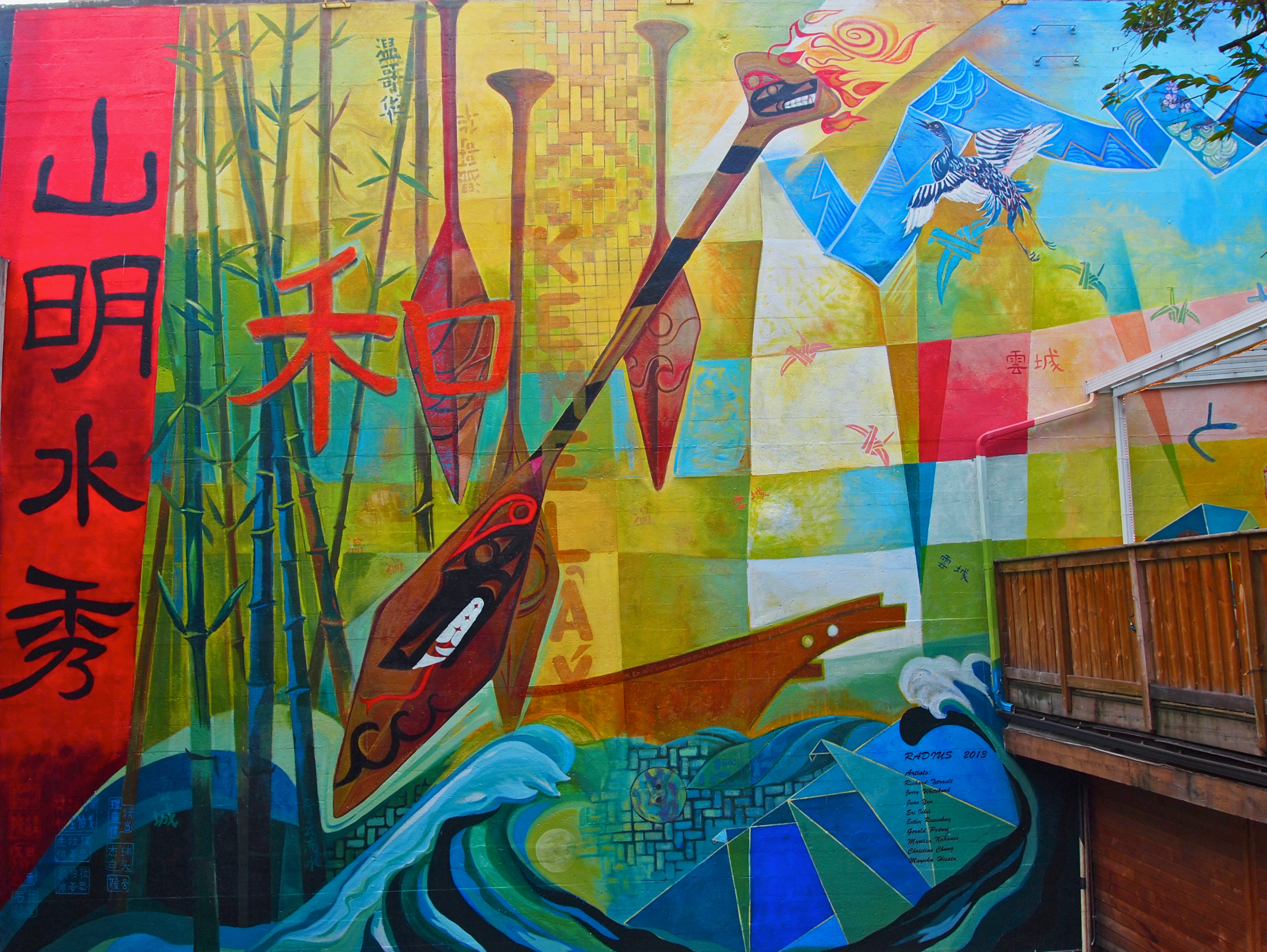